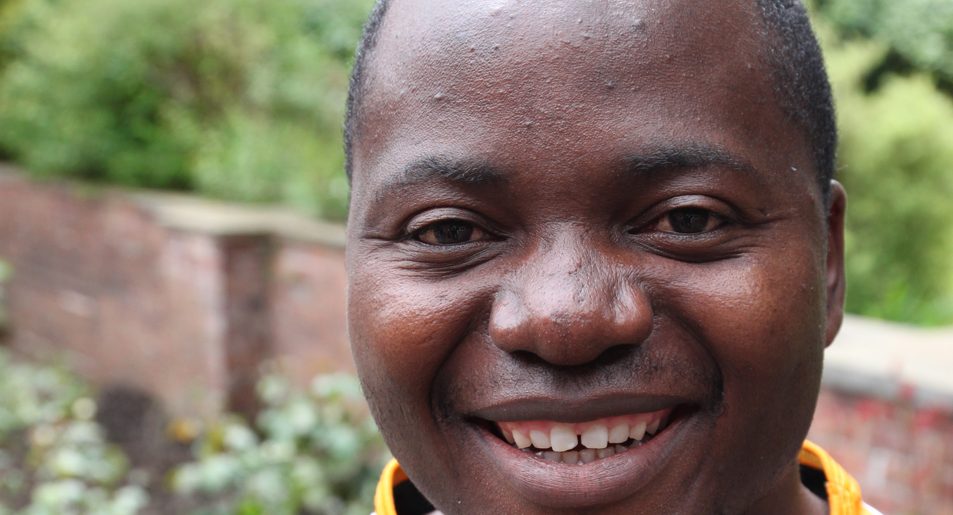 As pastor of the University Church of the Nazarene at Africa Nazarene University (ANU) in Nairobi, Kenya, Gift Mtukwa receives visits from many people in the church and the surrounding community who hope the church will give them something. “Every Sunday I would leave the pulpit and people would say, ‘Pastor, I don’t have this, I don’t have that,’” he says.

He sees it as a mindset of dependence. His pastoral team, which includes three other part-time pastors, is trying to engender in the people the ability to solve their own problems and care for their own needs, and then mature to the point where they are oriented toward helping others.

Through Gift’s experiences with the culture of dependence around the church, he decided to study the theology of work for his PhD thesis. The thesis centres on 2 Thessalonians 3: 6-15, in which Paul says that people who do not work should not eat, and discourages idleness.

I’m asking the question, is there more to what Paul is saying than just to provide for themselves. What role does work play, what role does it play in his theology, in the life of the community of faith.

Gift observed that even when the church celebrates Communion, the bread and wine are products of human labour, which is brought before the Lord as an offering, and then shared among the people of God. “We are working because God has worked,” Gift said. “We know we spend a lot of our time at work. To an extent we have only concentrated on what it means to be the people of God when we have gathered, but what does it mean when it is Monday and we are going to work?”

Originally from Zimbabwe, Gift felt a call to ministry after he found Christ as a young adult. He then moved to Kenya to pursue his bachelor’s degree in Theology at Africa Nazarene University in 2002 and graduated in 2005, continuing with an MA in Religion.

In 2008, he was part of a team to plant the church at ANU for the surrounding community. There were chapel services held at the campus when school was in session, but when the students were gone on breaks, there was no church body for the community. Gift serves as the lead pastor of the congregation which averages close to 200 people for worship.

He also joined the ANU faculty as a lecturer in the religion department in 2007.

In 2012, he enrolled at Nazarene Theological College, Manchester (NTC) for an MA in Theology and Biblical Studies, which helped him adjust to the British educational system. Soon after he began his PhD. Solid, well-grounded theological education is critical to the future of the church in Africa, he says. That’s his motivation for teaching and studying in higher education.

“If the church is actually growing in Africa as the missiologists say, my question is what kind of Christianity will that be? Is it going to be biblical Christianity or something else?”

Gift says that syncretism is a problem in Africa – people mix different pagan rituals and beliefs with the gospel. There are also cults which have taken root and deceived many. Gift knows these dangers personally. As a new believer, he went out into his city looking to buy his first Bible. He found a bookseller peddling Bibles, and he bought one and began studying it fervently. Then a Christian friend saw it and explained that it was a Watchtower Bible, published by the Jehovah’s Witnesses. Thankfully his friend went and found him a Christian Bible to study.

I want people to embrace biblical Christianity rather than Christianity mixed with traditional beliefs that are not centred on the Bible. I want to train people to read the Bible and to teach it to their communities, and have their lives changed and those that they teach as well.